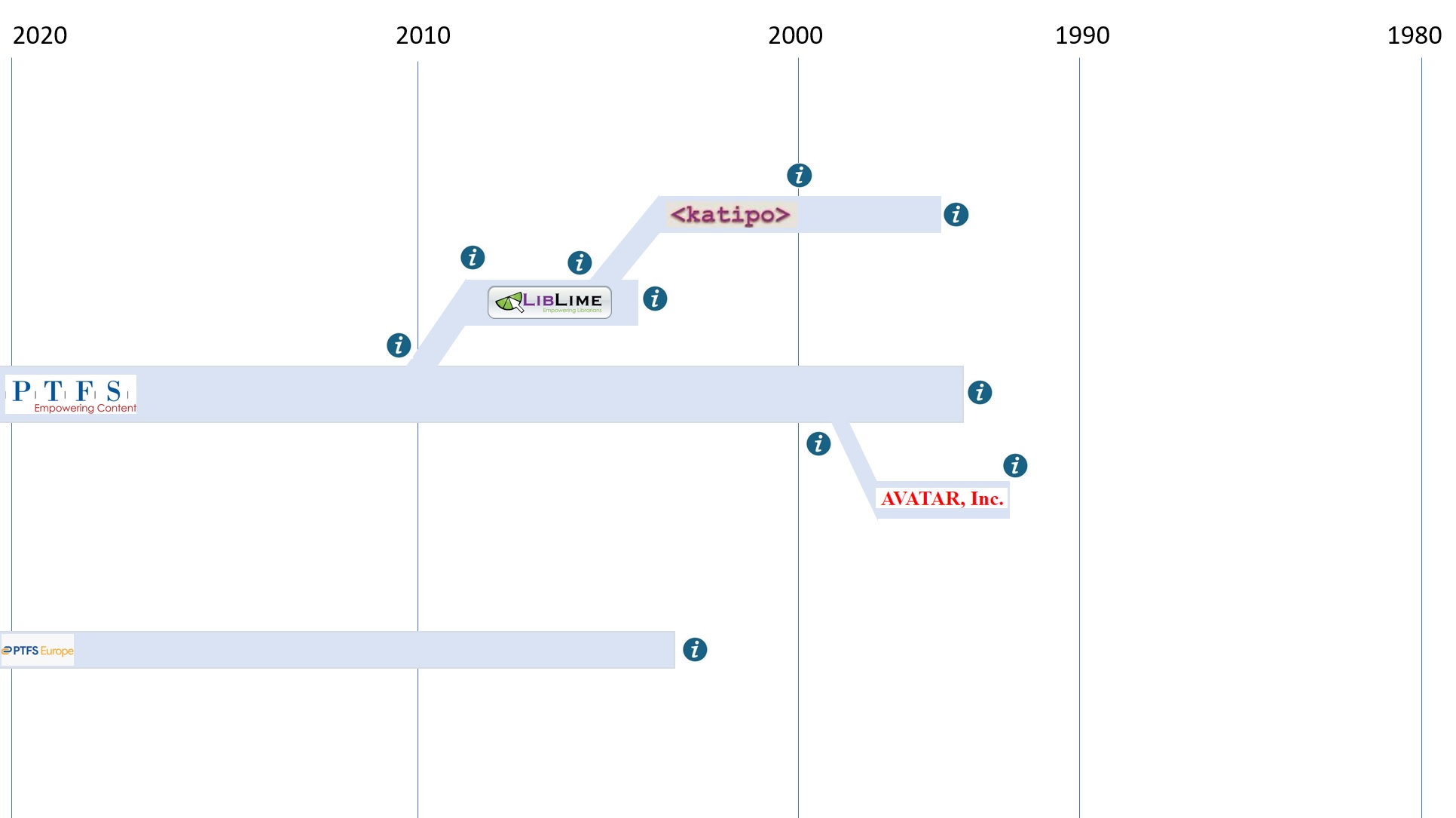 Breeding, Marshall. Reshaping the Open Source ILS Sector. May 2010. Smart Libraries Newsletter. Several developments transpired over recent weeks related to the open source Koha ILS that reshape the niche of the library automation industry. Through its acquisition of LibLime, PTFS emerges as the dominant commercial support company for Koha. Equinox Software represents new competition as it expands its scope of interest beyond the Evergreen ILS to Koha. ByWater Solutions, though a small firm, continues to attract clients for Koha services and completed its first year of business. The rift between LibLime and external Koha developers continues. Those involved with Koha outside of Lib- Lime recently established a separate Web presence.

Breeding, Marshall. LibLime Launches LibLime Enterprise Koha, or, Rift Splits the Koha Development Community. November 2009. Smart Libraries Newsletter. LibLime has launched an enhanced version of the open source Koha ILS, called LibLimeEnterprise Koha (LLEK), hosted on a highly-scaleable platform and designed to offer abroader set of functionality with high reliability and fast performance. LLEK makes useof Amazon’s platform-as-a-service cloud computing infrastructure. LibLime’s launch of a private hosted version, though legally compliant with GPL, has enraged the other companies involved with Koha. Deep animosity now exists between LibLime and the other companies and individuals involved in the support and development of Koha. The prevailing view among the developers external to LibLime is that there has been a fork in Koha development, a state where multiple independent versions split apart with significant variations.

August 26, 2021. Three public libraries begin using Bibliovation 7.0 in production. Three federal government public libraries have gone live using a hosted offering of the Bibliovation 7.0 Library Services Platform. One library is in Illinois, one in Louisiana, and one in Washington. These three institutions are now using Bibliovation 7.0 to manage physical and electronic resources as they serve their respective communities. The migration for all three libraries took place during the early summer and all three went in the first weeks of August. The library staffs are now enjoying the benefits of a 100% browser-based library management solution in a FedRAMP-certified hosting facility. The users of the three libraries are accessing their collections and related resources using the Bibliovation Discovery Layer.

May 28, 2021. Two U.S. Government Libraries go live using Bibliovation 7.0. Two federal government libraries with a shared mission – one in Virginia and one in Texas — have joined to form a union catalog and have gone live using the Bibliovation 7.0 Library Services Platform. These two libraries will be using Bibliovation 7.0 to manage physical and electronic resources as they serve their respective communities. The bibliographic records of both libraries were merged and deduplicated to form this shared catalog and both libraries are now enjoying the benefits of a 100% browser-based solution.

January 19, 2021. PTFS Partner GPO Maintains ISO Certification. The U.S. Government Publishing Office has made history by becoming the only organization to maintain the highest global standard of excellence for digital repositories. This makes govinfo the only ISO Certified Trustworthy Digital Repository In the world.

August 24, 2020. U.S. Federal Library selects Bibliovation. LibLime has been selected by a U.S. Federal Government Library as the winning vendor to implement the Bibliovation Library Services Platform (LSP) to manage their bibliographic collection. LibLime responded to the library's RFP, and with a solid technical response and a compelling cost proposal wonthe contract. LibLime will work closely with government staff to provide implementation and support services to the library.

May 7, 2016. PTFS’ Release of Knowvation GS Version 5.5 at GEOINT 2016. Progressive Technology Federal Systems Inc, a provider of Enterprise Content Management solutions, has released version 5.5 of its flagship product line, Knowvation GS. PTFS will showcase the enhanced Knowvation GS offering in booth #415 at the GEOINT 2016 Symposium being held May 15-18 at the Gaylord Palms Resort and Convention Center in Orlando, FL. PTFS will demonstrate the critical role the product can play in mission areas such as Disaster and Emergency Response.

Bibliovation 7.2 was released in 2021 and included support in a single database for multiple time zones to allow for consortium customers with members spanning many different time zones around the world. This allows members of a union catalog to not only manage their own circulation policies within the shared system, but also to maintain their own time clocks for those policies. 7.2 also more tightly integrated the Knowvation Digital Content Management module by providing expanded geospatial latitude/longitude support for data captured on the MARC 034 field and then rendered visually on ESRI and Google map-based Discovery Layer interfaces. This provides researchers with the ability to do visual searches on Discovery Layer map interfaces to retrieve materials from the collections without requiring keyword entry. 7.2 is also currently nearing completion of an Authority To Operate (ATO) process conducted by a Department of Defense security panel. Upon receipt, Bibliovation 7.2, including the Knowvation Digital Content Management Module (KV), the GetIt acquisitions module (GetIt), and the Bibliovation Discovery Layer (DL) will exceed FedRAMP SaaS certification rules for secure hosted solutions. LibLime maintained a very aggressive implementation calendar in 2021 by performing 23 migrations -- each migration moved a library or a set of libraries off a legacy management system to the Bibliovation 7.2 platform.