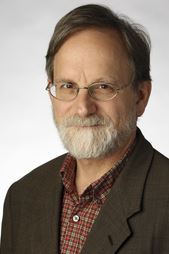 Marshall Breeding is an independent consultant, speaker, and author. He is the creator and editor of Library Technology Guides and the libraries.org online directory of libraries on the Web. His monthly column Systems Librarian appears in Computers in Libraries; he is the Editor for Library Technology Newsletter, published through Library Technology Guides. From 2002 through 2021 he was the editor and contributor for Smart Libraries Newsletter published by the American Library Association, and has authored the annual Library Systems Report published in American Libraries since 2014 and in Library Journal from 2002-2013. He has authored fourteen issues of ALA's Library Technology Reports, and has written many other articles and book chapters. Marshall has edited or authored eight books, including Cloud Computing for Libraries published by in 2012 by Neal-Schuman, now part of ALA TechSource . He regularly teaches workshops and gives presentations at library conferences on a wide range of topics.

He has been an invited speaker for many library conferences and workshops throughout the United States and internationally. He has spoken in throughout the United States and in Korea, Taiwan, Thailand, China, Singapore, India, Japan, Australia, New Zealand, Iceland, the Czech Republic, Slovenia, Israel, Austria, Germany, The Netherlands, Norway, Denmark, Sweden, Spain, Ireland, the United Kingdom, Israel, Lebanon, Jordan, Colombia, Chile, Mexico, and Argentina.

Marshall Breeding held a variety of positions for the Vanderbilt University Libraries in Nashville, TN from 1985 through May 2012, including as Director for Innovative Technologies and Research as the Executive Director the Vanderbilt Television News Archive.

Breeding was the 2010 recipient of the LITA LITA/Library Hi Tech Award for Outstanding Communication for Continuing Education in Library and Information Science.

Read his Guideposts blog on Library Technology Guides at:
librarytechnology.org